A Story of the DSC Archives by researcher Marcus Coll 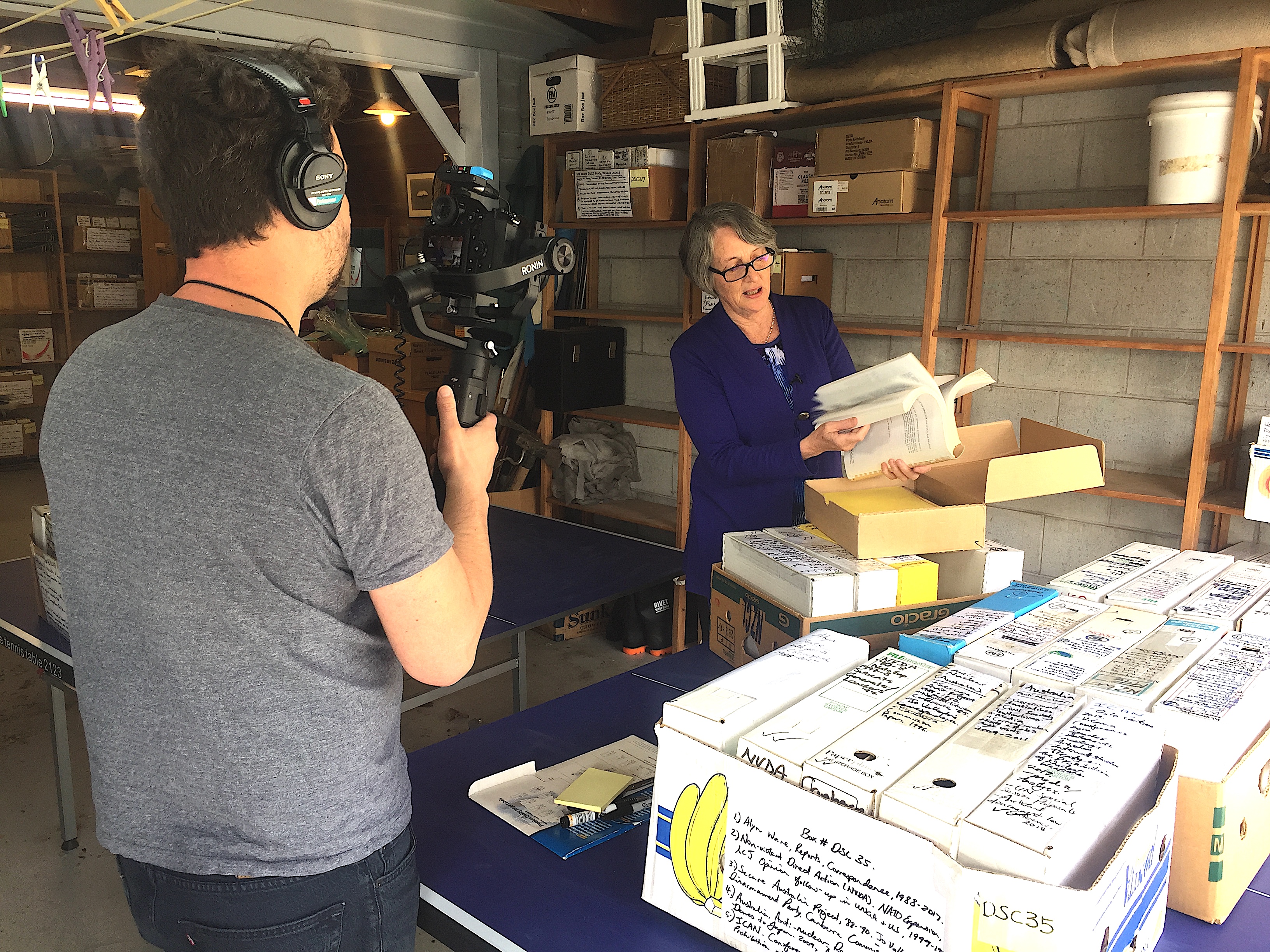 Over the course of last year, I worked extensively with DSC co-founders Dr Kate Dewes and Cdr Robert Green on a project to catalogue and sort over 50 banana boxes full of peace and disarmament materials which they had amassed over 40 years in the field. In November 2019, the DSC collection was gifted to the Macmillan Brown Archives at the University of Canterbury and will be a lasting record of peace and disarmament history.

It contained a wide variety of documents, memorabilia, photographs, multimedia, publications, and correspondence. The content spanned issues such as: Nuclear Testing, Effects of Radiation, the Peace Squadron, the NZ Peace Movement, Nuclear-Free NZ, the World Court Project, UN Disarmament initiatives, and so much more! As a budding PhD candidate researching nuclear issues, like many before me, having access to this collection was like discovering a goldmine.

What struck me the most about the DSC collection was the meticulous attention to detail around record keeping of physical pieces of material. Today, most of us take for granted the convenience of digital files and clouds, emails, messaging, calls, social media, photo and video recording, all of which is possible through even our phones! For civil society, this technology is indispensable in raising public awareness of disarmament issues. But back in the day, it was not so easy. While working on the archiving, Kate would often talk to me about how civil society did all the hard slog of collecting signatures, signing petitions, putting stickers up, talking to people face-to-face on the street, writing letters to MPs, and sending faxes to people overseas containing only two or three lines because it was too expensive to write more. This meant that the only way to keep a record of your work was to print it out and have it on file. All of this has now been diligently preserved in the DSC collection and shows not only a history of the disarmament movement but the way in which people worked and communicated. I think this type of record keeping is a dying art, so I was incredibly lucky to have been so involved in this project. Despite all the convenience that comes with digital technology, there is nothing quite like picking up documents and photographs with your hands and getting a physical sense of the subject matter.

It was a very humbling experience to catalogue a body of work that is so extensive and holds such a vital place in the peace and disarmament history in New Zealand and overseas. From a little garage in Riccarton, Christchurch, the collection has weathered storms, survived over 10,000 earthquakes, and sought shelter in the Airforce Museum. Now that it is safe and sound in the MacMillan Brown Library, the archivists will take some time to appraise the collection before making it available to students and researchers in the near future so watch this space! You can watch video footage of the DSC’s archive story just below: