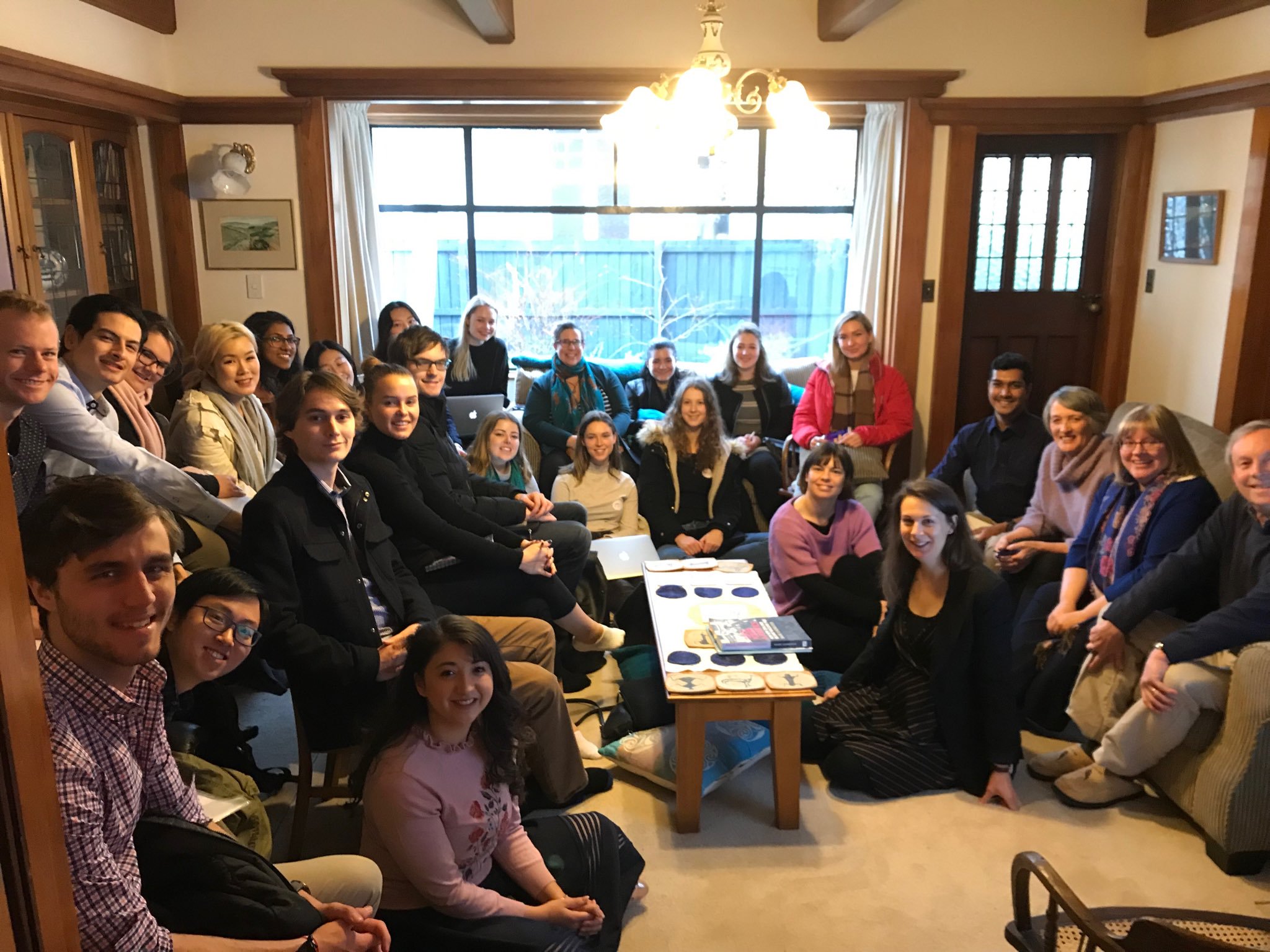 A key purpose for the Disarmament and Security Centre (DSC), and a core activity for our staff, is disarmament education and public outreach. We aim to inform, empower and inspire the public about disarmament issues, and also provide them with some tools that allow for engaging in the conversation to help bring about change.

Disarmament is one of the biggest and most pressing issues of our times, yet publicly, it falls under the radar too often - one of the reasons for this is that disarmament education globally is scarce. Nationally and globally public awareness of disarmament is at a low level, despite the imminent threats posed by armaments globally, specifically nuclear weapons and the current geo-political instability and tensions between the US and Russia, and the US and Iran.

New Zealand has a long and proud history of being nuclear free and of being a peacemaking nation. We are a country that is respected globally for our disarmament and peacemaking principles and the NZ government has an impressive record at international forums playing an active role in disarmament initiatives. Meanwhile, much of this good work is not seen by ordinary New Zealanders, and many New Zealanders have little understanding of what disarmament means. This is not to assume that people don’t care about these issues - they do. But too often they don’t have the tools to engage, or feel left out of the conversation.

At the DSC, we aim to re-engage public awareness of these issues and to involve the public in the disarmament discussions through our range of activities and initiatives. We aim to provide people with the tools, the resources and the channels to work for change. We think this community need is important so that the next generation of New Zealanders can carry the mantle of our NZ free and peacemaking legacy into the next era.

Two examples of recent disarmament education in the community are, firstly, a public talk at Rangiora U3A on the 25th of June. 140 people attended on a Tuesday morning to hear from Dr Kate Dewes and Commander Robert Green Royal Navy (Ret’d), the co-Directors of the DSC talk about their work, nuclear free New Zealand, the fallacy of nuclear deterrence and the Nuclear Weapons Prohibition Treaty.

Another successful event was the visit to the DSC home office of 20 students from Monash University in Melbourne, with their lecturer Maria Rublee Rost. Presentations were given by Dr Kate Dewes on the history of New Zealand’s nuclear free movement, Commander Robert Green on the fallacy of nuclear deterrence, and by Angela Woodward of VERTIC on verifying nuclear disarmament.

The students also heard from Lucy Stewart, Coordinator of the DSC, on career pathways in the disarmament field, and from two University of Canterbury PhD students, Marcus Coll and Olivia Shimasaki about their research. The students were from a range of Arts disciplines, and a mixture of under-graduate, Masters and PhD students. For some, this trip to New Zealand was their first exposure to the field of disarmament. They asked lots of great questions and seemed genuinely inspired to follow up on the issues. It was a very positive day for everyone involved. Both the U3A and Monash audiences were able to obtain copies of DSC literature, including Commander Green's new book, Security without Nuclear Deterrence.

To find out more about disarmament education, and to access a range of resources, please visit our website page here. DSC staff are available for further public talks / lectures and workshops on disarmament issues in schools, universities and to community groups. Please get in touch if you would like to find out more: lucy@disarmsecure.org