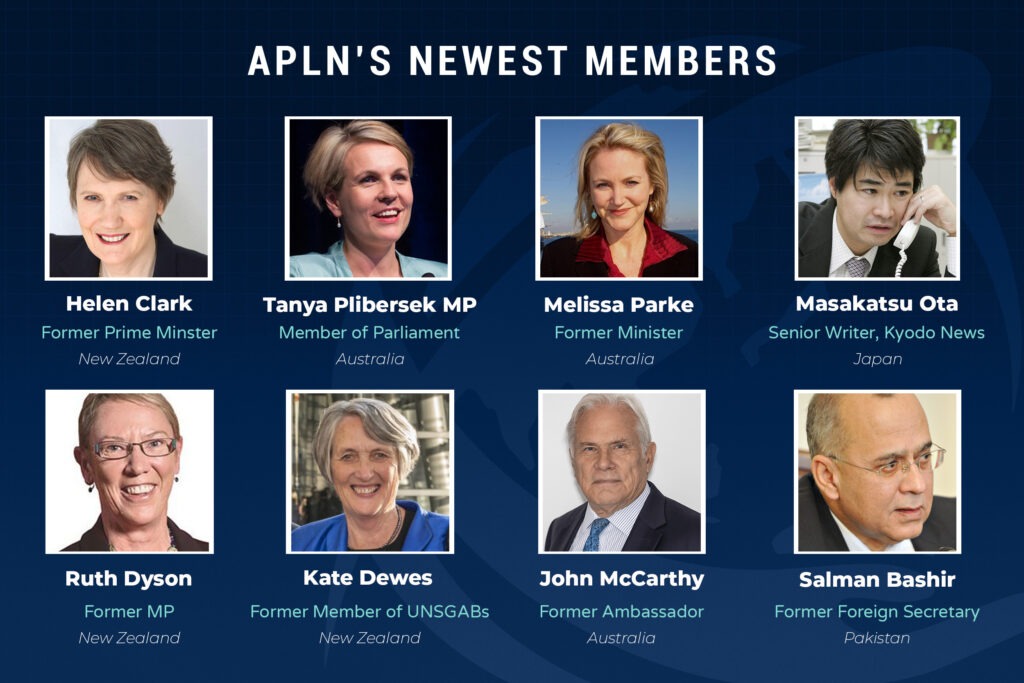 The DSC is delighted to share the news that our co-founder and former director Dr Kate Dewes has become a member of the Asia-Pacific Leadership Network (APLN) for Nuclear Non-proliferation and Disarmament.

'The APLN network is comprised of political, military, diplomatic and thought leaders who work to address the security challenges in the Asia-Pacific region with a particular focus on nuclear non-proliferation, risk reduction and disarmament. APLN members contribute to security policy debates through writing articles, papers, and group statements, engaging in direct discussions with regional governments, and debating the issues in public and private events.' - APLN

DSC researcher Marcus Coll sat down with Dr Dewes to hear her thoughts on being selected for the senior network this month.

“I was humbled, because it's such a prestigious organisation. But I also saw it as an opportunity to raise issues, especially relating to the South Pacific. I'm already encouraging participation by leaders throughout the South Pacific, because they've certainly experienced the effects of nuclear testing, and also have been very strong supporters of the Treaty on the Prohibition of Nuclear Weapons (TPNW). So having voices from that region, and our region is very important.”

Aotearoa is one of 9 Pacific states to have so far ratified the TPNW which entered into force in January 2021. Read more about it here.

Dr Dewes has been an expert on the UN Study on Disarmament and Non Proliferation Education and a member of the UN Secretary General's Advisory Board on Disarmament Matters. Bringing different perspectives and experiences to such prestigious bodies as the APLN, which are primarily made up of former government leaders and academics, is something that Dr Dewes sees as integral to the representation of civil society.

“I think to involve New Zealand disarmament analysts who have worked at the grassroots level is very important. It’s also important to have more women's voices. Women have had an important leadership role on disarmament but often their voices are not heard at international fora. We've got hands-on experience so we bring another angle.”

“I'm delighted that Angela and Ruth from Christchurch are also going to be there to represent our place in the region.”

The DSC whānau would like to congratulate Dr Dewes on her selection to the APLN and wishes her all the best for her mahi in that space. Ka pai me kia kaha!