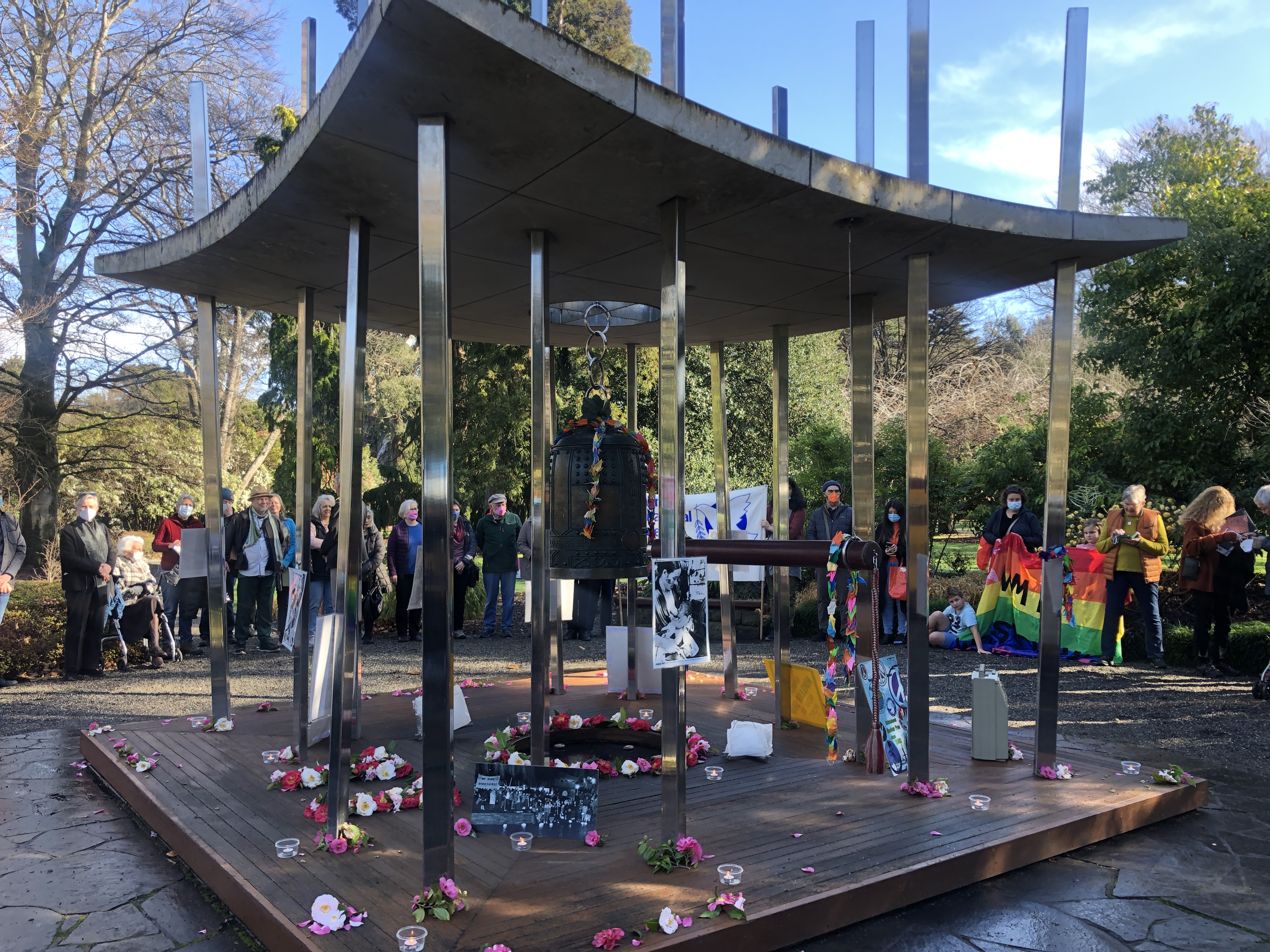 77 years ago, the United States detonated two nuclear bombs – one over the city of Hiroshima on the 6th August and one over Nagasaki three days later. Over 200,000 people were killed in the bombings. Many died of illness and injury in the aftermath. Hibakusha (survivors) went onto face discrimination in society. Hiroshima and Nagasaki are the only cities ever to have been attacked with nuclear bombs in war.

For nearly 50 years, the people of Ōtautahi Christchurch have commemorated the anniversaries of these bombings, to remember those who lost their lives and those who survived, and to commit to a world free of these weapons of mass destruction.

Yesterday, the Disarmament and Security Centre co-hosted, along with the World Peace Bell Association and WILPF Ōtautahi, the Ōtautahi commemoration of the 77th anniversary of the bombings. The event, held at the World Peace Bell in the Christchurch Botanic Gardens, was well-attended with over 100 people there. We held a minute’s silence to remember the victims, lit candles, rang the peace bell, and floated flowers in the Avon River. We were honoured with music from local Christchurch groups.

Speakers called for all states to ratify the Treaty on the Prohibition of Nuclear Weapons (TPNW) to ensure that these weapons of mass destruction are banned once and for all. Japan, for example, has not signed the nuclear ban treaty. Ratifying the Nuclear Ban Treaty would honour the legacy of the victims of Hiroshima and Nagasaki by committing to a world free of these unjustifiable weapons. Making sure that our words 'Never Again' ring true.

The DSC has called on those states attending the Nuclear Non-Proliferation Treaty Review Conference (NPT Rev Con) this month in New York, to remember the legacy of Hiroshima, Nagasaki and all nuclear weapons testing by committing to nuclear disarmament.