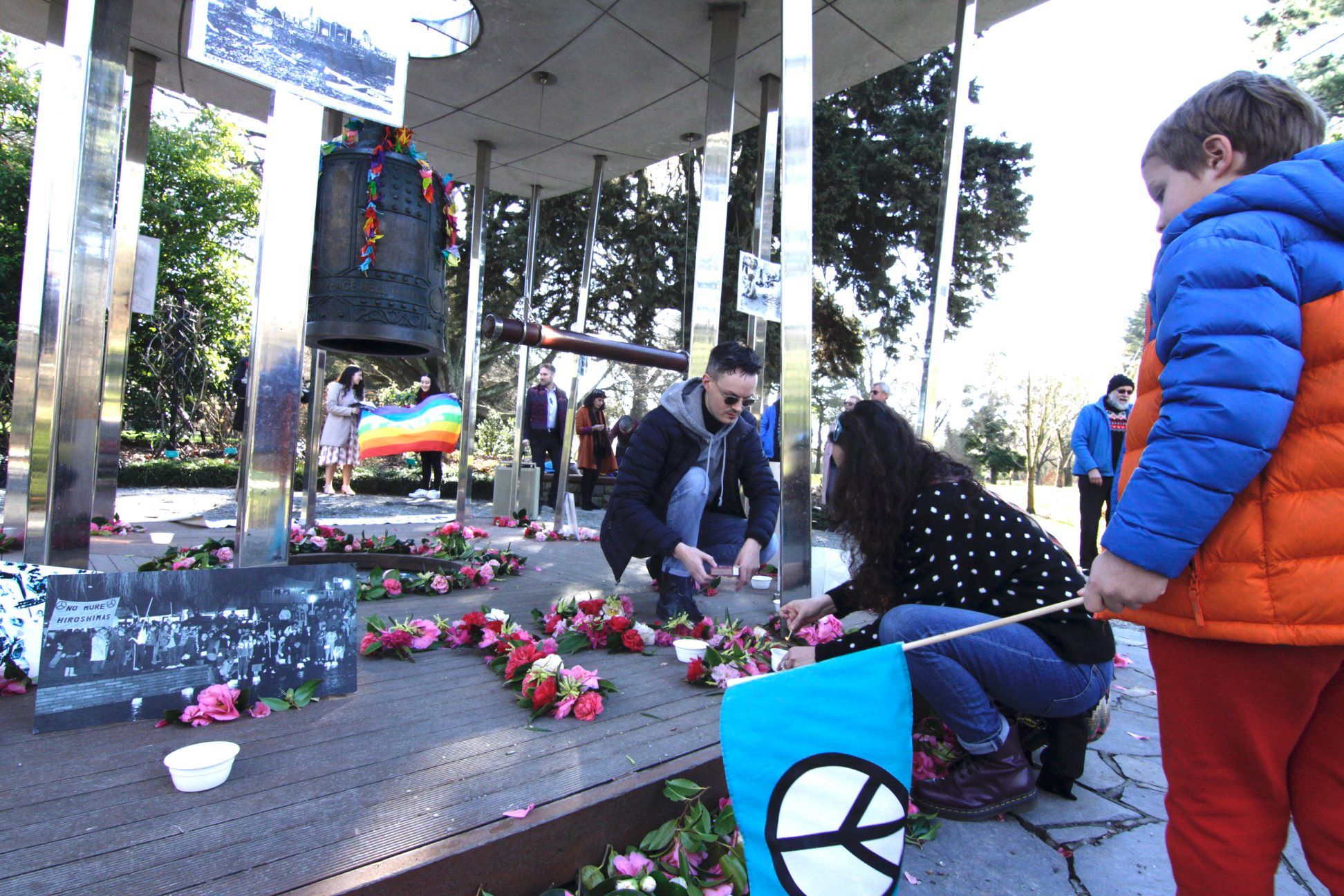 On August 9 (Nagasaki Day), over 200 people gathered at the World Peace Bell in Christchurch’s botanical gardens to commemorate the 75th anniversary of the atomic bombings of Hiroshima and Nagasaki. Held every year since 1976, the ceremonies are attended by people of all ages, Members of Parliament and City Councillors, to keep alive memories of the horror and destruction that the two nuclear weapons inflicted on Japanese civilians.

Christchurch Councillor Jimmy Chen spoke on behalf of the Mayor Lianne Dalziel and the City. He stressed the need to spread peace and disarmament education to younger generations and the importance of commemoration ceremonies such as the one which was held. He then rang the World Peace Bell initiating a minute’s silence.

With the lighting of candles and lanterns placed under the Peace Bell, acknowledgments were given to all hibakusha (atomic bomb survivors) around the world, especially in Japan and across the Pacific. University of Canterbury postgraduate student Olivia Shimasaki read an excerpt from hibakusha Bun Hashizume’s book, ‘The Day the Sun Fell’, and Year 13 student Sarina Mackey gave a speech on behalf of hibakusha Takaaki Morikawa.

Disarmament verification expert Angela Woodward spoke of the current state of arms proliferation across the nine nuclear-armed states and their moves to upgrade their respective nuclear arsenals. New Zealand remains strongly committed to its iconic nuclear-free legislation adopted in 1987 and welcomed the ratification of the United Nations Treaty on the Prohibition of Nuclear Weapons (TPNW) by three more states, Ireland, Nigeria, and Niue, on the anniversary of the bombing of Hiroshima on August 6th.

Christchurch has a long anti-nuclear history, becoming New Zealand’s first nuclear-free city in 1982, and the country’s first ‘Peace City’ in 2002. The World Peace Bell was unveiled in the heart of the central city’s botanical gardens in 2006 and has served as a site to commemorate significant days for peace throughout the year. This year’s commemorations also had singing, and a reading from Alison Locke, daughter of well-known peace campaigner Elsie Locke. People were then invited to ring the Peace Bell and place flowers in the River Avon in tribute to the victims of the atomic bombings some 75 years ago.