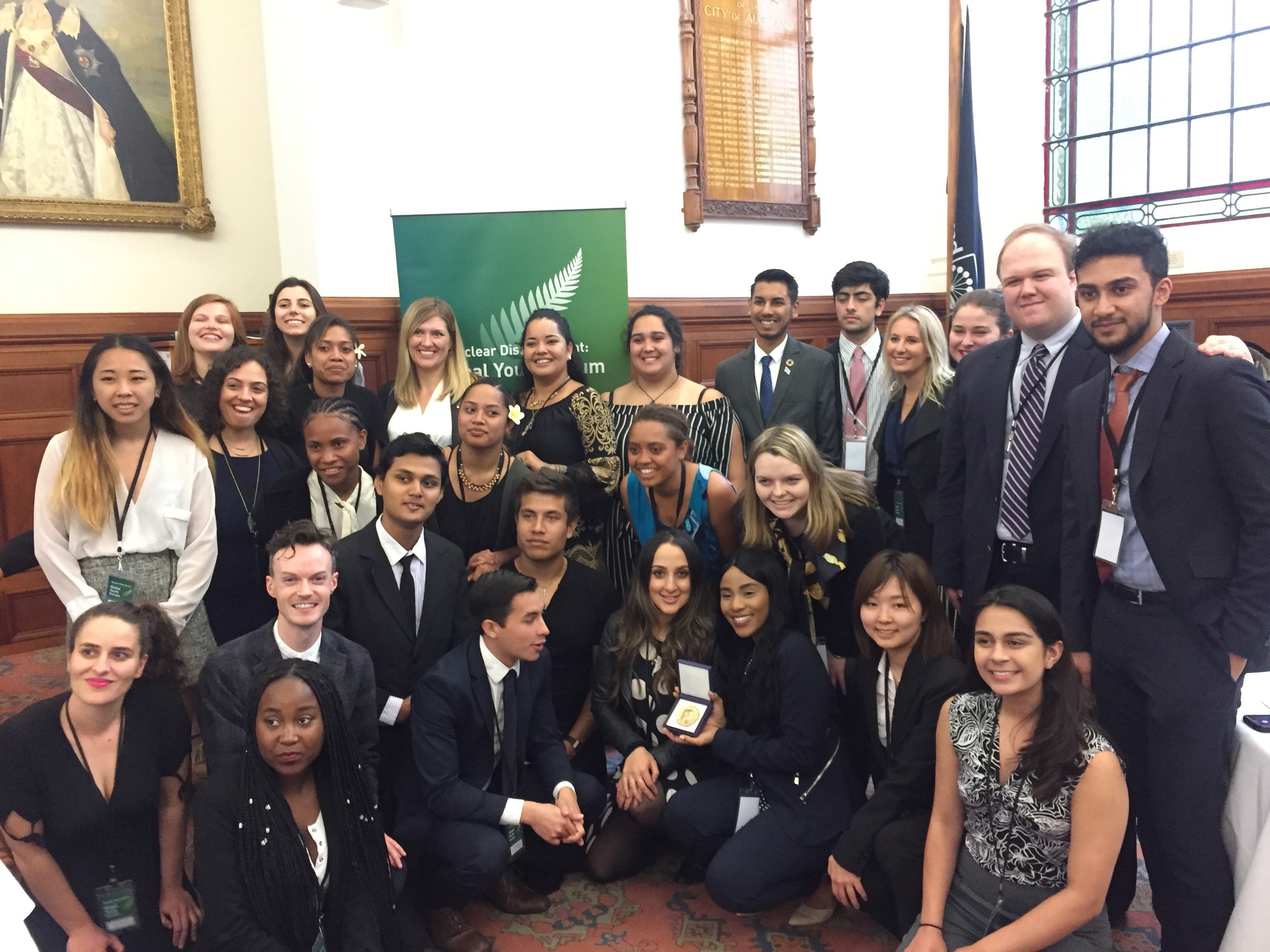 From December 5-7, 2018, I was fortunate enough to attend the Global Youth Forum on Nuclear Disarmament in Auckland. The forum was held in tandem with the Pacific Conference which saw the meeting of diplomats from across the Pacific as well as Brazil, South Africa, Austria, and Ireland to discuss the Treaty on the Prohibition of Nuclear Weapons (TPNW).

A number of these diplomats came to speak to us at the Youth Forum about their respective country’s stance on the TPNW, the role they see it playing, and the processes to ratification. We also heard from many disarmament experts including Princeton University’s Dr Zia Mian who specialises in nuclear weapons verification, our very own Treasa Dunworth from Auckland University’s law department, and New Zealand’s former Disarmament Ambassador and current non-resident Senior Fellow at UNIDIR in Geneva, Tim Caughley. The keynote speaker of the conference was Executive Director of the International Campaign to Abolish Nuclear Weapons, Beatrice Fihn, who spent a lot of her time with us at the Youth Forum over the three days. It was very interesting for me to see the power and influence civil society movements can have in the nuclear disarmament field.

The Youth delegation consisted of about 30 people, mostly students, from across the pacific and further afield. I was one of only four New Zealand students to attend so I felt very lucky and also a sense of responsibility to encourage more kiwis, like me, to get involved in disarmament issues.

What struck me most about the conference was the TPNW’s focus on the humanitarian effects of nuclear weapons giving it far-reaching potential. It’s the stoic voices of survivors of nuclear attacks and tests that has brought the humanitarian aspect to the forefront of TPNW discussions. The Pacific is particularly important in this dialogue as a region with a history of significant nuclear testing with ongoing effects. New Zealand is vital to the promotion of the TPNW as was evident in the Ministry of Foreign Affairs and Trade hosting the Pacific Conference. Below I have attached a few photos and comments from the three-day Global Youth Forum. I hope you find it as interesting as I did! Happy to hear your comments and questions.