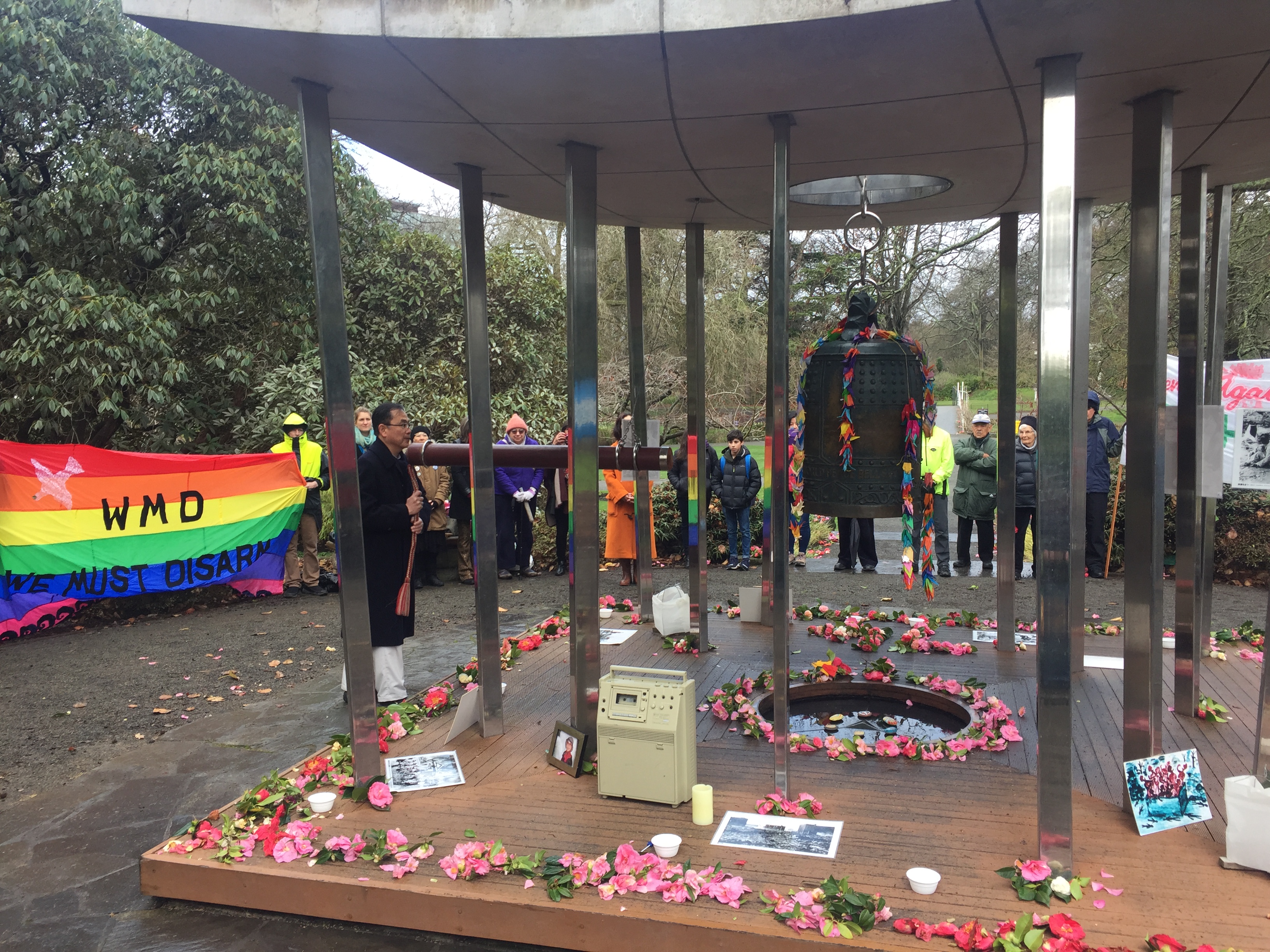 On Sunday August 11th, a large gathering of disarmament and peace advocates gathered at the World Peace Bell, located in the Christchurch Botanic Gardens, to commemorate the atomic bombings of Hiroshima and Nagasaki in 1945. The purpose of the commemoration was to remember all the victims who died in the bombings, and all the hibakusha who have suffered the effects of the nuclear bombings, in the aftermath. There was a strong conviction from the attendees that this must never happen again and that all countries must sign and ratify the Treaty on the Prohibition of Nuclear Weapons.

The Christchurch city mayor, Lianne Dalziel, spoke and rang the bell at 11.15am, which is the time the bomb was dropped on Hiroshima. Other speakers were Angela Woodward of VERTIC, Susan Bouterey and Prue Stringer. Musical performances came from the Japanese choir and Lucy Hiku of Itty Bitty Beats.