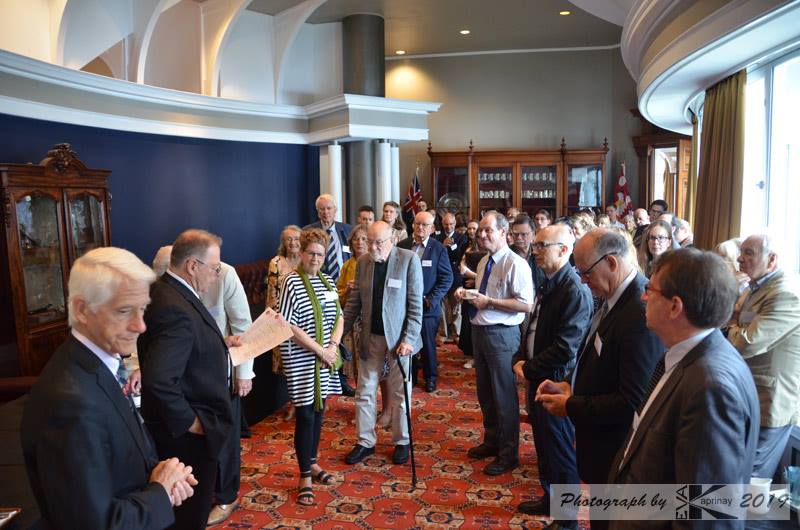 From March 18 – 19, I was lucky enough to attend the Conference on The Legal and Political Implications of The Treaty on the Prohibition of Nuclear Weapons (TPNW), held at The Wellington Club. This conference was organised by the New Zealand Centre for Global Studies and took place in the wake of the Christchurch terrorist attack which had occurred only three days earlier. The tragedy weighed heavily on everyone present, particularly those who were visiting from Canterbury, and each speaker acknowledged the incident before starting their presentations. While firearms and nuclear weapons fall into markedly different categories, both are weapons, nonetheless. I felt a sense of comfort in the fact that everyone attending was there because of their shared desire to mitigate and eliminate the risks weapons pose to innocent civilians.

The Keynote speaker was Professor Ramesh Thakur of Australia National University (ANU) who has had a distinguished career in the disarmament field, holding positions such as Assistant Secretary-General of the United Nations, Head of the United Nations University in Tokyo, and Director of the Centre for Nuclear Non-proliferation and Disarmament at ANU. Quite the CV! Professor Thakur spoke of the broadening range of nuclear weapon threats in the Trump-era and stressed the importance of remembering that 93% of nuclear weapons are still held by Russia and the United States alone. Having said that, as the region which houses seven out of nine of the nuclear weapon possessor states, the Asia-Pacific is the theatre where the threat is most prevalent. He also stressed that while the TPNW has its flaws, it is the first time that states on the periphery have asserted themselves against the Permanent 5 (P5) of the UN Security Council; a significant move in the creation of a new norm! My favourite quote from Professor Thakur’s presentation: “My life’s aspiration is to convince all nine nuclear weapon possessor states to agree to the following statement - ‘Nuclear war cannot be won therefore should never be fought’.”

We also heard from the Disarmament and Security Centre’s very own Council Member, Associate Professor Treasa Dunworth. She spoke of the TPNW as an agreement which rescues the Non-Proliferation Treaty (NPT) by its repeating of the obligations on signatory states. It also adds to the repeating of the norm against Nuclear Weapons.

New Zealand Disarmament Ambassador Dell Higgie spoke of the TPNW as reaffirming the 1996 World Court Advisory Opinion ruling in its preamble but stated New Zealand’s concern during the Treaty negotiations about Article 17 which provides a withdrawal clause for signatory states. My favourite quote from Dell’s presentation: “Civil society ‘got it’ long before states ever did.” in reference to the prohibiting of nuclear weapons.

Disarmament and Security Centre co-director Dr Kate Dewes introduced and chaired the session on the significance of the 1996 International Court of Justice (ICJ) Advisory Opinion on the legality of nuclear weapons presented by Professor Alberto Costi. Dr Dewes and a number of other New Zealanders were instrumental in bringing the case to the court. She subsequently documented its history in her PhD thesis titled ‘World Court Project’. Professor Costi stated that the ICJ Advisory Opinion has had a big impact on the development of international disarmament law.

Royal Navy Commander Robert Green (Ret’d) promoted his book, Security without Nuclear Deterrence, which dispels the theory of nuclear deterrence. A great read if you’re a history buff like me! He spoke of the hegemonic nuclear order and the effect this has had on academia with many scholars exercising self-censorship regarding nuclear disarmament. His hope is that one day his homeland of Britain will be the first P5 country to rid itself of the burden of nuclear weapon possession.

Verification expert Angela Woodward of VERTIC spoke of the practical challenges in verifying denuclearisation under the TPNW. She pointed out that there is, as yet, no framework for the creation of a new verification authority to fulfil the commitments of states parties to the treaty. The Treaty does, however, have an important normative element in global nuclear disarmament.

The conference allowed minds from around New Zealand to converge in one room and discuss the differing facets and perspectives to the TPNW. While it was easy for me to become overwhelmed at the breadth of expertise required to fulfil the aspirations of the treaty, it was inspiring to see so many passionate New Zealanders doing their best to spread our country’s commitment to nuclear disarmament. The biggest takeaway for me was the effect of normative power – the more a norm is repeated, the more it becomes commonplace in people’s minds and, in turn, those of world leaders. The TPNW adds to a norm which rejects the use, threat, and possession of nuclear weapons in their entirety, and ultimately strives to make our lives safer. With Panama being the 23rd country to ratify the treaty as recently as April 11, 2019, this normative power is spreading! Roll on 50! I would like to thank the Disarmament and Security Centre for covering the cost of my flights and lunches over the two-day conference. I am grateful that a poor student like myself was able to be a part of such an informative and dynamic event.